Industrial Light & Magic (ILM) is a motion picture visual effects company that was founded in May 1975 by George Lucas and is owned by Lucasfilm. Lucas created the company when he discovered that the special effects department at 20th Century Fox was shut down after he was given the green light for his production of Star Wars Episode IV: A New Hope. The studio originated in Van Nuys, California, later moved to San Rafael, and is now based at the Letterman Digital Arts Center in the Presidio of San Francisco. 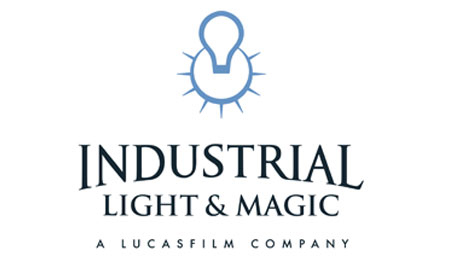 Lucas wanted his 1977 film Star Wars to include visual effects that had never been seen on film before. He first approached Douglas Trumbull, famous for 2001: A Space Odyssey. Trumbull declined, but suggested his assistant John Dykstra. Dykstra brought together a small team of college students, artists and engineers who became the Special Visual Effects department on Star Wars. Alongside Dykstra other leading members of the original ILM team were Dennis Muren, Ken Ralston, Richard Edlund, Joe Johnston, Phil Tippett, Steve Gawley, and Jeff Mann.

When making The Empire Strikes Back, Lucas reformed most of the team into Industrial Light & Magic in Marin County, California. They have since gone on to produce special effects for over two hundred films, including the Indiana Jones series, the Harry Potter franchise, the Jurassic Park franchise, the Back to the Future trilogy, many of the Star Trek films, Ghostbusters II, "Pirates of the Caribbean Trilogy" and the 2007 live-action Transformers movie.

In addition to their work for George Lucas, ILM also frequently collaborates with Steven Spielberg for nearly all films that he directs, and for many that he produces as well. Dennis Muren acts as Visual Effects Supervisor on these films.

Additionally, the company has created less noticeable effects – such as widening streets, digitally adding more extras to a shot, and inserting the film's actors into famous photos – in movies such as Schindler's List, Forrest Gump, Snow Falling on Cedars, Magnolia, and several Woody Allen films.

ILM established their use of Computer-generated imagery when they hired Edwin Catmull from NYIT in 1979. John Lasseter worked for ILM in the early 1980s as a computer animator. The computer graphics department, now known as Pixar, was eventually sold to Steve Jobs, which went on to create the first CG animated feature with Toy Story.

ILM, rather than hide behind barbed wire and high fences, operated from an inconspicuous property in San Rafael, California until 2006. The company hid in plain sight and was known to locals as the Kerner Optical Company. In 2006, when Lucas decided to move locations and focus on digital effects, a management-led team bought the five physical and practical effects divisions of Industrial Light and Magic. The new company, home to the George Lucas Theater, is called Kerner Optical and continues to provide physical effects for major motion pictures, often working with Industrial Light and Magic.

As of 2006, ILM has received 16 Best Visual Effects Oscars and 20 additional nominations. It had also received 22 technical Oscars.